Traveling China by Bus and Train

China is a country with a variety of sceneries: it has mountains, beaches, lakes, valleys, rivers, deserts, ice and much much more to offer. With its 22 provinces, the country has plenty of tourist attractions and something to offer for everyone. Luckily, China’s infrastructure is getting more and more advanced and more and more cities are connected to each other. Fast trains or buses are available from one corner of the country to another. And besides, traveling by train or bus can be more exciting than traveling by airplane.

When I lived in Guangzhou, traveling by train and bus was a very common thing to do because the city is very close to other destinations in the Pearl River Delta and bordering provinces.

I took this trip several times during my time in Guangzhou and it was always easy and quick. A train ride from Guangzhou to Hong Kong only takes about 2 hours and the trains are very comfortable and modern. A ticket is around 180 RMB which is more expensive than traveling inside Mainland China.

traveling by overnight bus to Guilin

The area around the cities Guilin and Yangshuo is world famous for its mountains and Li River scenery. Traveling there from Guangzhou is very convenient by night bus. It takes around 8-9 hours to get there and is also relatively comfortable.

Chinese night buses do not feature seats but bed-like matresses that allow you to completely lay down and sleep inside the bus. Those buses are also very cheap at around 200 RMB for the entire distance from Guangzhou to Guilin. During the bus ride, the driver stops at various rest stations. 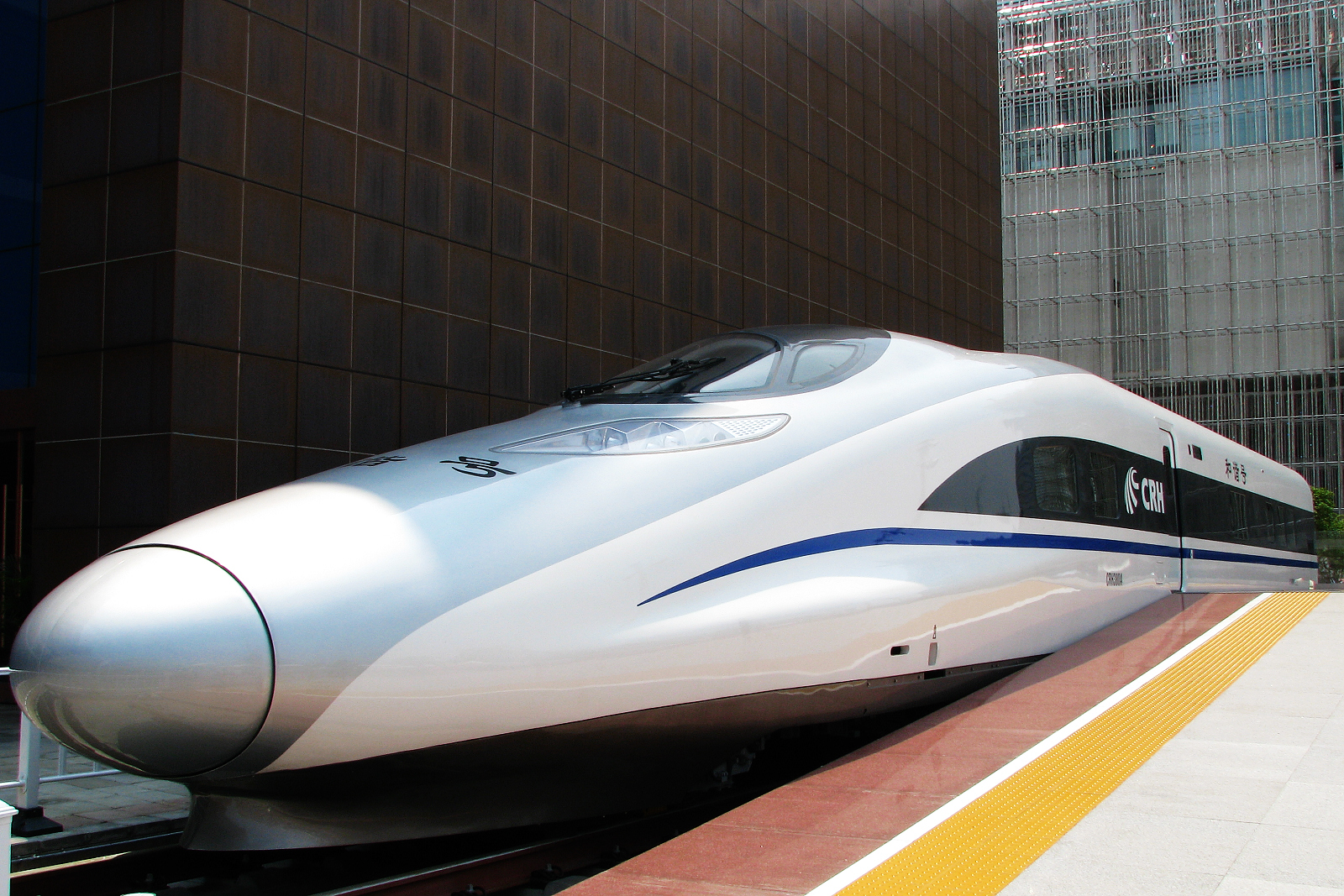 China is famous for its high-speed trains that have an average speed of 200 km/h (124 mph) or higher. The network throughout the country is enormous with a total network of with over 10,000 km (6,200 mi) of routes in service. It longest line, which is also the world’s longest, is the 2,298 km (1,428 mi) Beijing–Guangzhou High-Speed Railway. The Chinese high-speed rail network the most heavily used in the world.

Das Beijing–Guangzhou High-Speed Railway ultimately connects Beijingxi Station in Beijing and Futian Station in Shenzhen. It will then cross the border and follow the Guangzhou-Shenzhen-Hong Kong Express Rail Link Hong Kong Section nach West Kowloon Station in Hong Kong. The line opened in 2009 and the 36-kilometre (22 mi) cross-border Shenzhen–Hong Kong section is expected to open in 2015. The line is the world’s longest high-speed rail route and cuts travel time by more than half.

It takes around 10:16 hrs to get from Beijing West Station to Shenzhen North. There are three different seat types: second class, first class and business class. For prices and inquires check China Highlights Train Ticket Service. 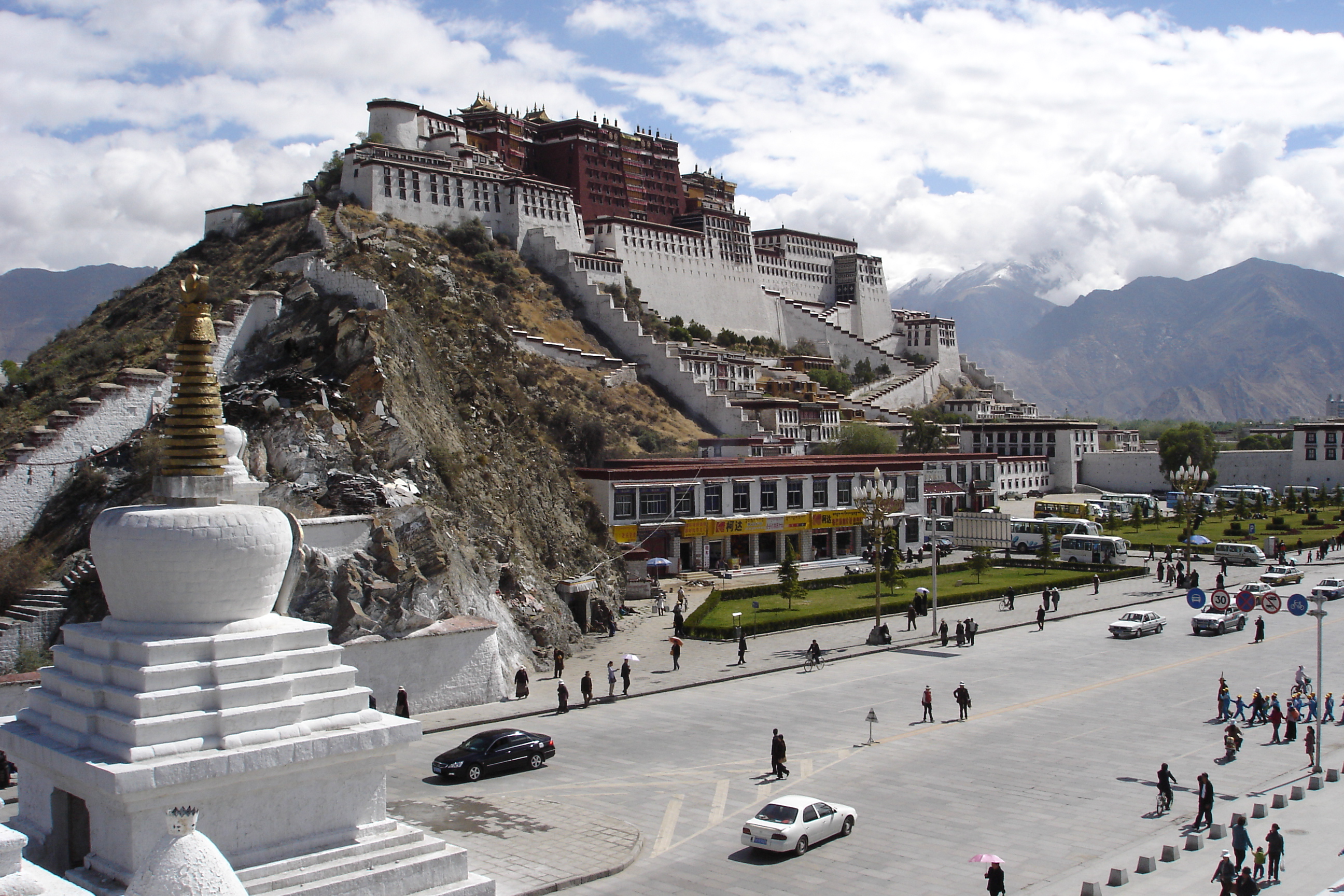 Lhasa in Tibet is one of the most popular tourist destinations in the country. Lhasa is one of the highest cities in the world. The city contains many culturally significant Tibetan Buddhist sites such as the Potala Palace, Jokhang temple and Norbulingka palaces, many of which are located in Chengguan District, the city seat.

Traveling from Guangzhou to Lhasa can be quite an adventure. I never did the trip myself but I really want to go and do it. There is only one train in service from Guangzhou to Lhasa, so it runs every other day. The 4980 km journey takes over 3 days to complete. The total duration of this trip is 54 hours 53 minutes.

Do you have experience traveling by train or bus in China? Where did you travel?

Living a Dream in China – Train Travel in China